Belizean BBQ and a couple of Belikin

We're back!  After a busy Christmas break, and a most wonderful and special trip to Belize, we're back home to winter (and all the warm delicious comfort food that winter brings).

We love exploring local ingredients when we travel.  And when we are somewhere coastal that almost always includes fish and seafood.  Ceviche is on almost every menu you'll encounter when in Belize.  So we started with that in mind as an appetizer.
Off to the market in Corozal, Belize, to gather things for a New Years Eve Backyard BBQ dinner.  We met local fisherman by the water who had a selection of different fish in buckets by their vans by the road.  We bought one big four pound snapper from the first guy that greeted us, and four little fish from the second guy. 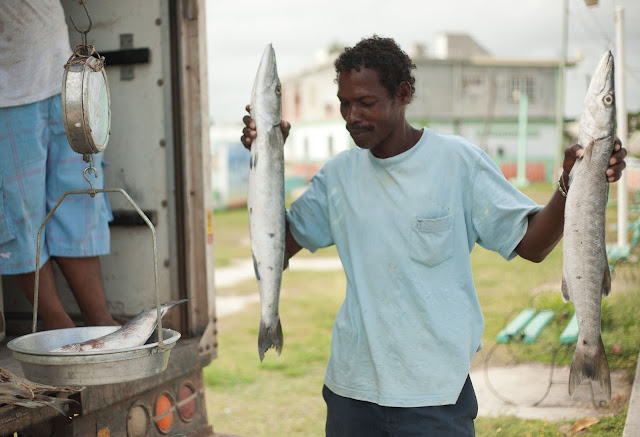 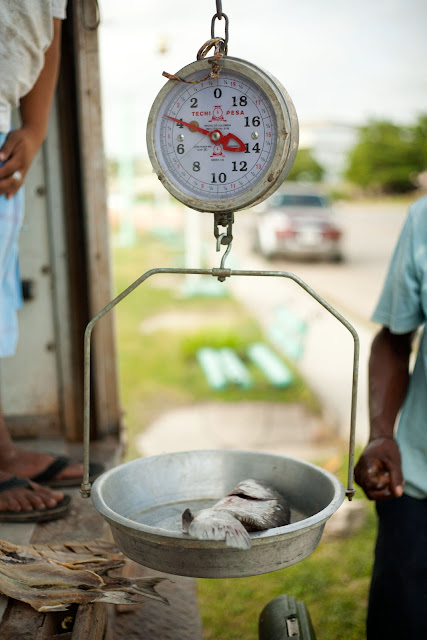 They were eager to show us their filleting skills, but we knew we wanted to roast them whole, so we had them clean the fish and scale them. 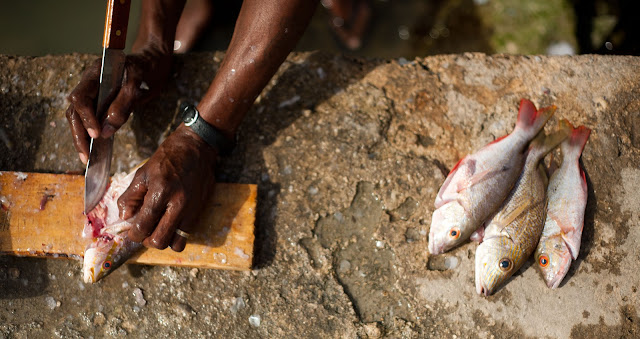 We continued down the road to the vegetable stand and picked up a bag of tomatoes, a bunch of cilantro, plantains, spring onions, lemons and limes, and jalapenos and headed back to set up the BBQ! 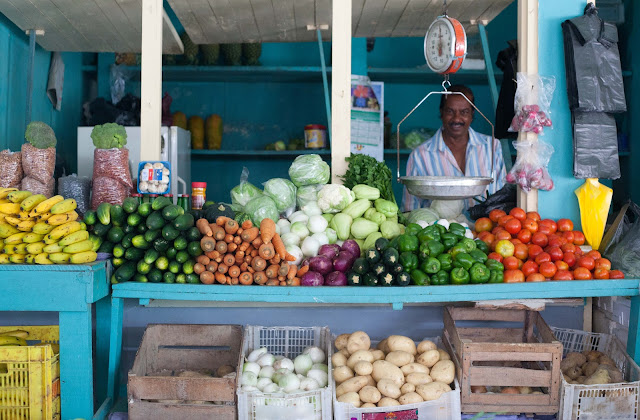 Fish Ceviche
1 filleted fish, skinned and finely sliced
Juice of 3-4 limes (enough to cover the fish at the bottom of a shallow dish)
1 finely diced onion
3 finely diced tomatoes
1 finely diced jalapeno, if desired
a handful of chopped cilantro
Place the pieces of raw fish at the bottom of the dish and cover in lime juice.  Add onions, tomatoes, and jalapenos and let the dish sit in the fridge for two hours before serving.  Stir in cilantro and serve with chips. 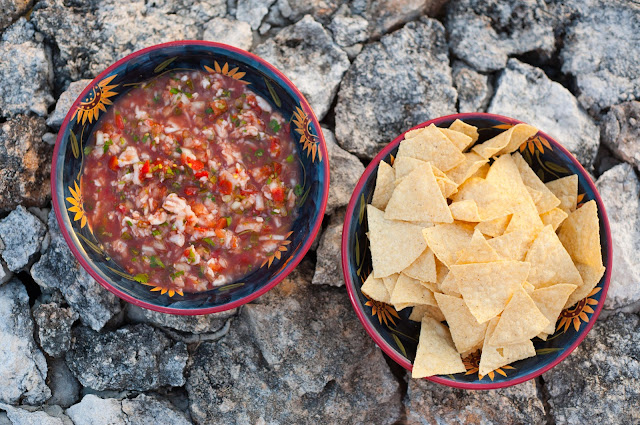 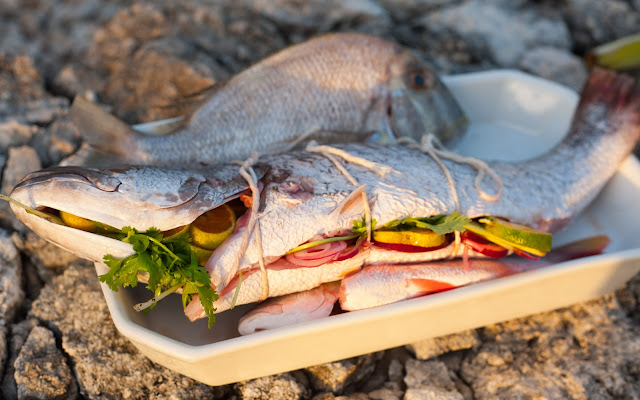 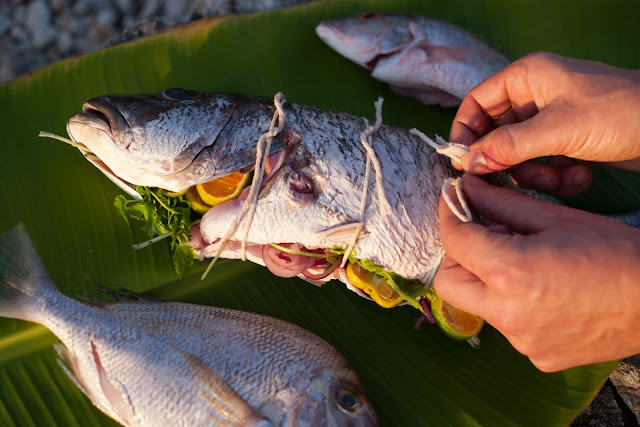 We left the big fish cooking for about 10 minutes a side, and the little ones were done after 4 minutes a side.  Cooking time will vary according to the temperature of the coals, the size of the fish, and how far away your grill is from the fire. 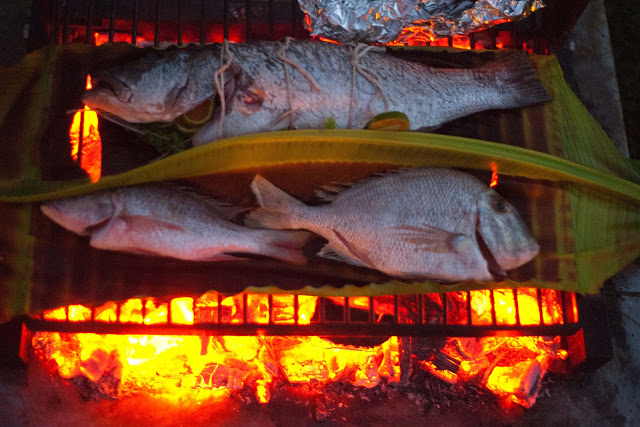 We roasted some radishes, some spring onions, and fried up some sliced plantain in a frying pan with lots of coconut oil.

There is very little wine in Belize.  In fact we were a two hour drive from the closest wine store.  Our more obvious choices in Belize are Belikin, the ONLY brewing company in the country, and rum.    Lots of various kinds of rum with all sorts of interesting mixes.  Coconut water is still my go-to for mix.  Belikin has a very distinct taste, and Lighthouse in the watered down version.  Belikin has an interesting history in the country, as the Bowen family own a monopoly over all beer and soft drinks throughout Belize.  Mexican beer is actually illegal.  The beer is best freezing cold and then it tastes like grains and a good amount of malts to balance out the flavour.  Once warm it gets quite malty and strangely sweet.  But the bottles are small so that shouldn't be a problem, even in the central american heat. 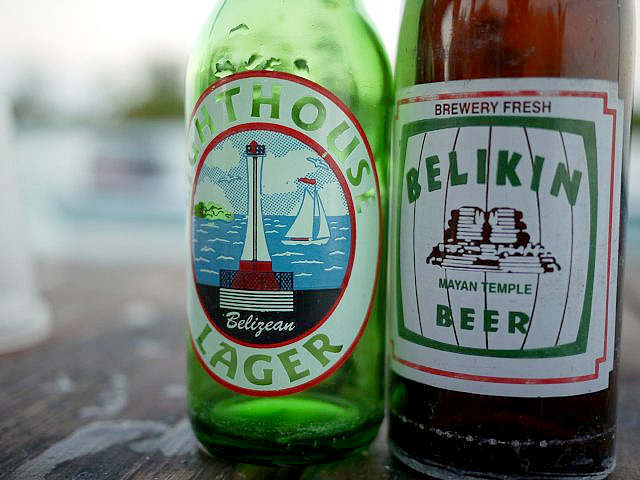 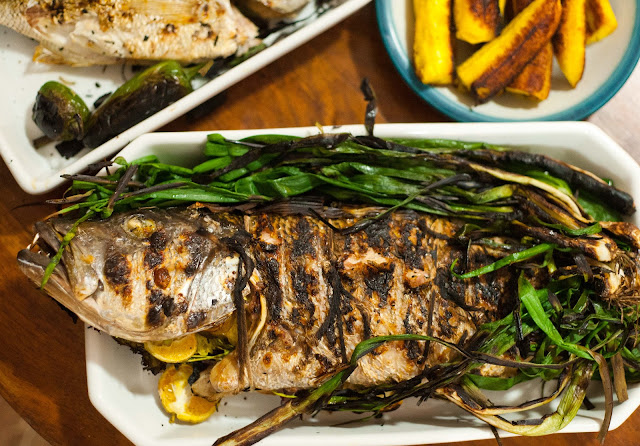 dinner is served.
bon appétit.
Posted by ashley and nicholas at 7:17 PM

ashley and nicholas
Toronto, Ontario, Canada
nick, the wine guy. ashley, the social worker (and photographer). nick loves to cook. ashley loves cook books. nick loves to eat (and drink). ashley loves to drink (and eat). nick, lover of meat and offal. ashley, prefers mostly vegetables (and bacon and salami, doesn't everyone?). together, we balance out with perfection :) we almost always end up with delicious food and wine. please enjoy our kitchen adventures...

Our Favourite Blogs to Browse, Food and Wine